Initially there was nothing to go on to promote Whilton Locks Garden Village for the very important run up to Christmas - there were plans, but nothing that could have been used from previous years, no photography or anything. So we started from scratch. The new Ice Rink was going to be larger than the previous year - and real ice as opposed to the plastic sheeting, so we knew we could promote the whole event as 'Bigger, Better and Icy-er' than ever before.

One thing we did know early on was the presents Santa was due to give out from his grotto - they were a brilliant quality present and formed the main characters for the Christmas festivities throughout the site - we could have a monkey ice skating, a bear carrying a Christmas tree and a puppy with his Santa wish list! All these we hand drew the initial characters and coloured them up on system - from which we could use these cute characters for signage, posters, adverts and the website.

From the outset we all knew the marketing budget meant there couldn't be large adverts taken out here, there and everywhere and so any promotion had to be innovative enough to ensure potential customers could see what was on offer. We were proactive on Social Media, we sent out mailshots to the database of local existing customers (and encouraged new customers to signup to the database) and we made sure the website was optimised for Christmas, Santas Grotto and Ice Skating. The website itself also featured a secure online booking and payment system developed by Nick Price Creatives.

Other initiatives included prize draws, a daily online advent calendar promotion loads of other fun and games throughout the Christmas period, so much so thanks to many of these initiatives Whilton Locks Garden Village had their busiest ever day in terms of both footfall and revenue in the first week of December, then smashing that record the weekend before Christmas. Everyone involved was very pleased indeed!

Your business is unique, so we always ensure our marketing and creative services are tailored to suit you. Whether you require advertising, design, digital, social media or brand development we’ll align our services to your needs - and budget. 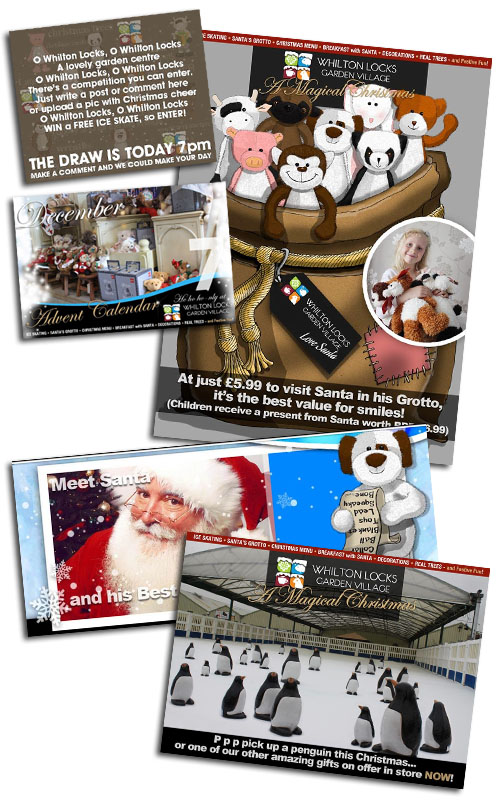 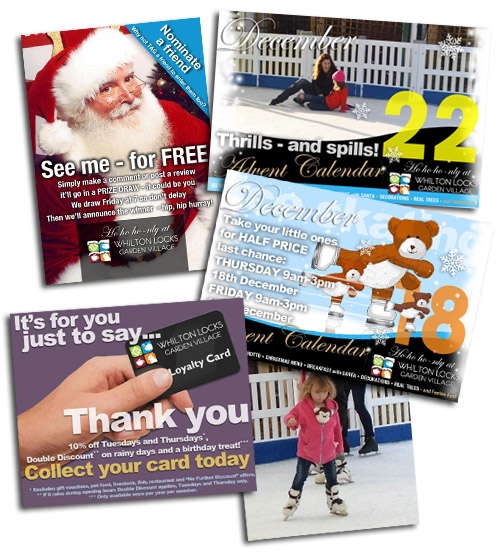