Being creative, pushing the boundaries and enabling a company to promote themselves.

No one could deny the appeal of Frozen throughout 2014 with Disney Frozen toys being some of biggest sellers at Christmas. Each and every year Nick Price Creatives produce a unique marketing promotion on behalf of Daventry company Steam Traction World. The campaign was called Brazen - a wonderfully witty take on a 'typical day at the office.'

Nick Price Creatives came up with the concept, the name 'Brazen', the rewritten words for the song "Do you want to build a Showmans?" and the styling to be used for the Youtube presentation, which would be backed up with both on and offline marketing activity. Each member of staff was illustrated and a brand new character Coalaff, an Olaf-esque homage with the exception of Coalaff being made from coal, before the presentation of storyboards to Steam Traction World.

Once the go-ahead was given, inkeeping with the company image, it was literally full steam ahead. A recording was made of the song. This was edited together with a backing track, the sets were illustrated, the characters animated and a full animated feature was produced in time for a 'premiere' complete with countdown and illustrated characters being unveiled one by one on a red carpet.

The Frozen parody was nothing new with Steam Traction World taking on the John Lewis advert the Bear and the Hare the year before with their own delicious twist. Brazen had over 2,500 views on Facebook within the initial 24 hours of launch.

"Since Nick Price Creatives have taken over our Social Media requirements we have seen the business grow in the UK and Internationally exponentially. With regular updates and focused marketing at Christmas and during other seasonal times he has not only increased the Facebook and Twitter Followers six fold he has also succeeded in creating our very own brand." Dean Rogers, Steam Traction World


How could we help you?

There are more marketing initiatives to enhance your company profile take a look at our Services page.

Do you want to build a Showmans? Festive advert for Old Glory magazine. 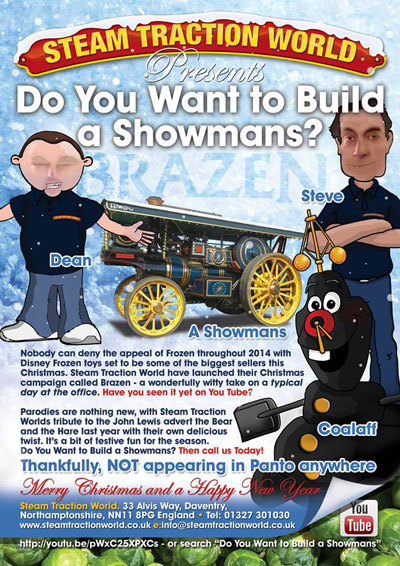 The wonderful tradition of giving coal for Christmas - and very useful for your Steam Traction Engines... 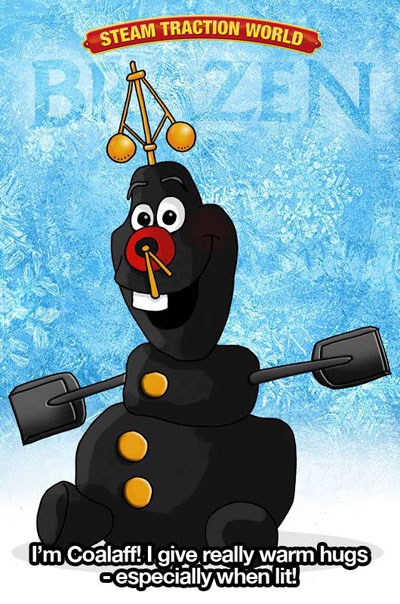 The wonderful tradition of giving coal for Christmas - and very useful for your Steam Traction Engines...

and the year before? John Lewis parody of Bear and the Hare. See HERE